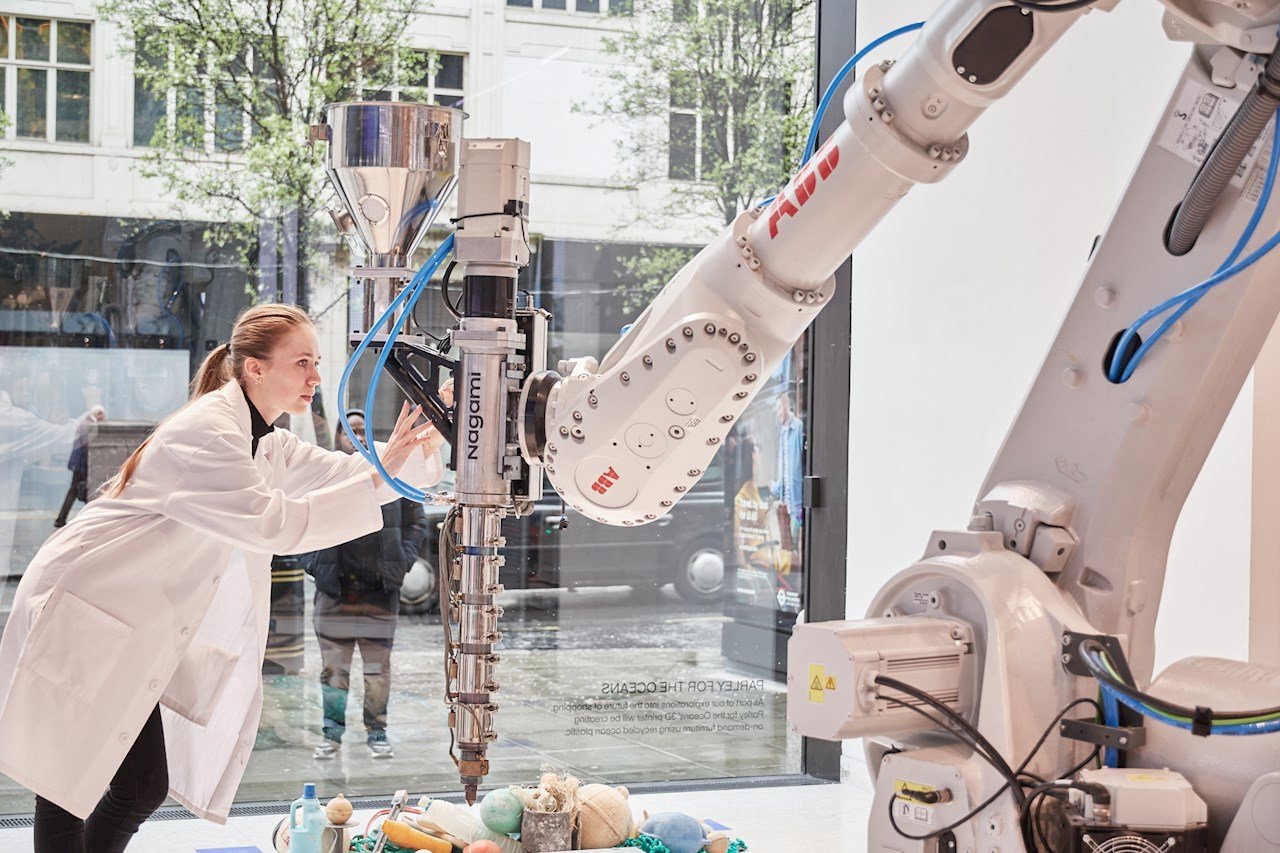 ABB Robotics has begun a demonstration in Selfridges, one of London’s major department stores, that will see an ABB robot 3D printing a variety of personalized designer objects made from intercepted marine plastic debris.

The 3D printing demonstration from ABB will run as a window display throughout April as part of Selfridges’ SUPERMARKET concept, which challenges consumers to think about how the goods they purchase are produced and the impact of this production on the environment.

“While expanded choice is great for consumers, it also comes at a cost to the environment, with products and packaging often being discarded with little thought about where they end up or whether they get recycled”, says Marc Segura, ABB’s Robotics Division President. “By re-using plastic from the world’s oceans to print designer objects, we help to highlight the important contribution of robots in creating the sustainable manufacturing processes central to a circular economy”.

Developed in partnership with the environmental organization, Parley for the Oceans, and design brand, Nagami, the demonstration will use ABB’s simulation software, RobotStudio® and an IRB 6700 robot to create a variety of printed furniture, homeware, and other objects made from Parley Ocean Plastic®. The robot will work with Nagami’s plastic extruder to print the objects which can be selected by customers on a screen and made to order on the premises.

“Parley Ocean Plastic® was invented to catalyze change in response to marine plastic pollution and the destruction of our oceans”, says Parley founder and CEO Cyrill Gutsch. “Working with two industry leaders, ABB and Nagami, we can now print on demand anywhere in the world to turn a problem into a solution. Beyond the huge potential for reducing waste by printing directly inside retail locations like Selfridges, we want to use this technology to empower local communities across the globe – giving them the tools to turn local plastic pollution into business opportunities and useful objects. For the oceans, climate and life”.

As well as underlining the importance of eco-innovation, the demonstration is designed to highlight the wider potential of robotic automation in helping retailers attract customers into their stores. ABB already has examples of this retail automation in Berlin, working with German fashion retailer Solebox which sees shoes selected by customers using a screen and picked for them. If the shoe doesn’t fit or the customer would like to try something else, the robot picks it up from the drawer and returns it to the shelf.

In China, a retail kiosk developed by Chinese mobile communications company, Huawei in conjunction with ABB, allows customers to collect a range of devices including smartphones and tablets. Designed to be situated in high street locations, the kiosk uses ABB’s FlexBuffer system to select devices either ordered online or purchased onsite. Once selected, the products are placed into a collection drawer for the customer to take away.

“Robots are increasingly used to help draw customers back to the high street”, continues Segura. “We believe that future adoption will be influenced by three main trends including micro-fulfilment, where robots are used in-store to enable order fulfilment and delivery; personalization, where a robot makes a product to a customer’s specific requirements, with the added option of automatic personalization where data on previous purchasing habits is used to offer new choices; and ‘retailtainment’, where the robot is used as part of an interactive display or show to inform or entertain customers”.

Find more information about the 3D printing showcase from ABB Robotics, Parley for the Oceans and Nagami on the companies’ respective websites. 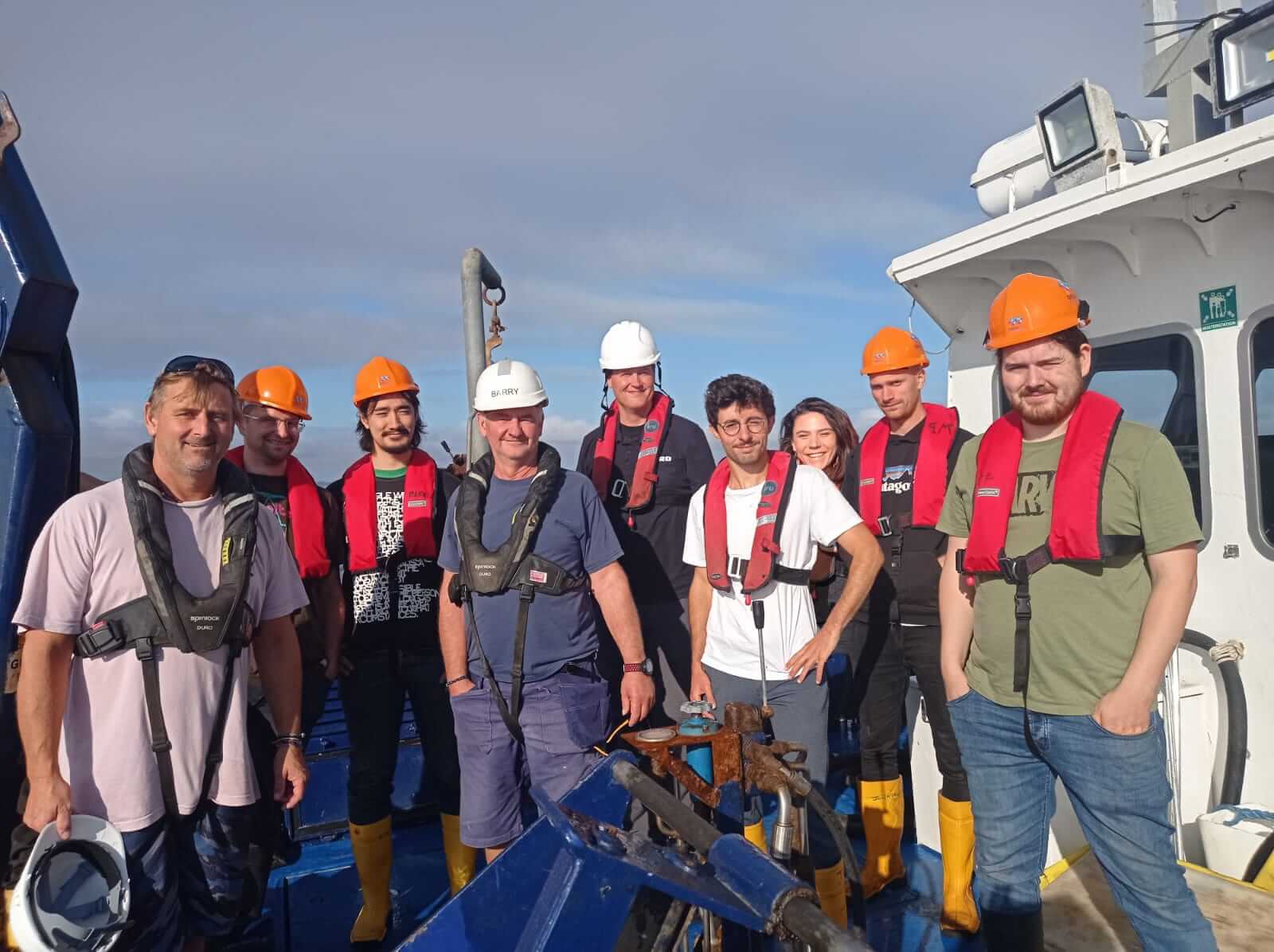 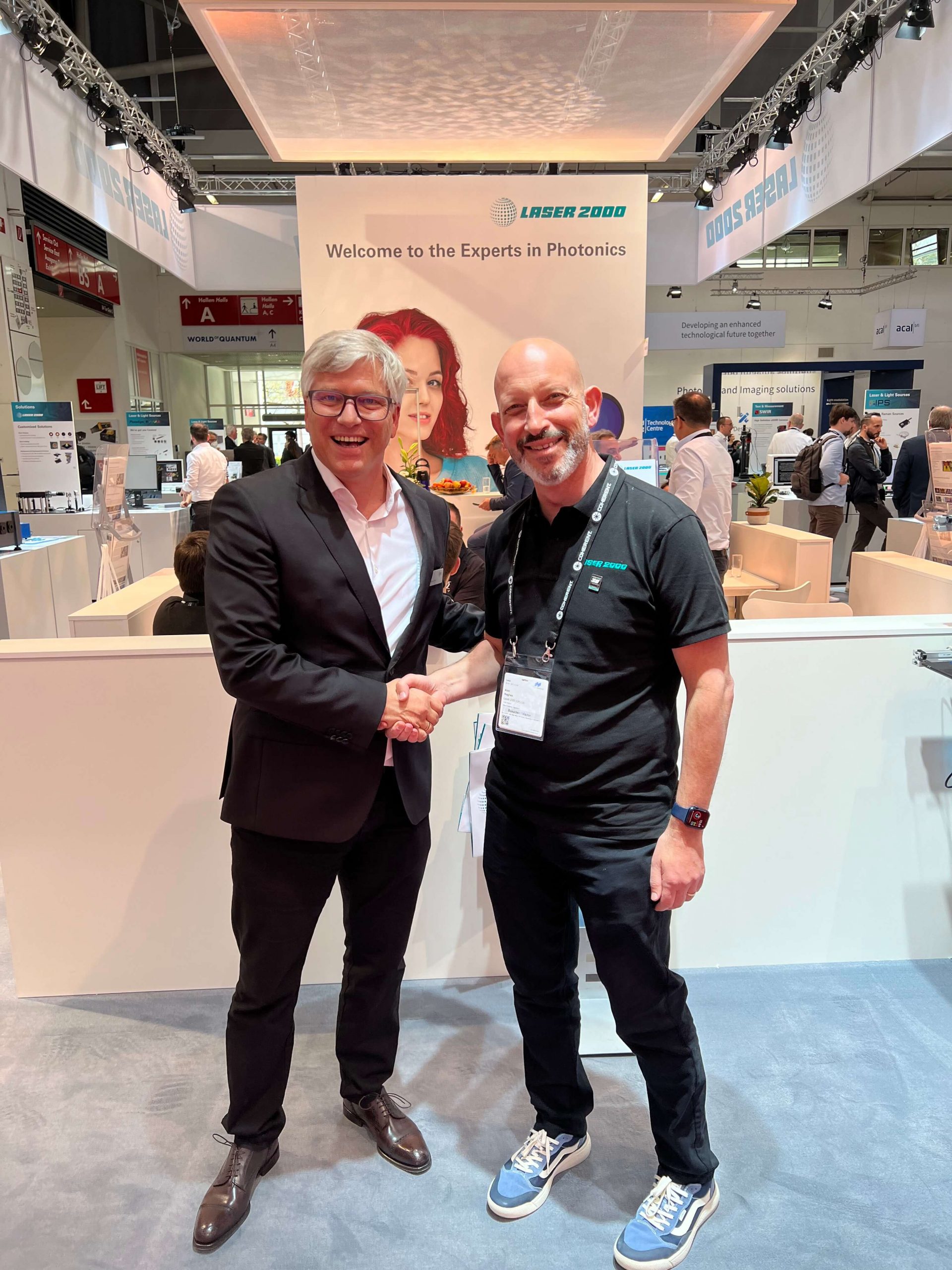 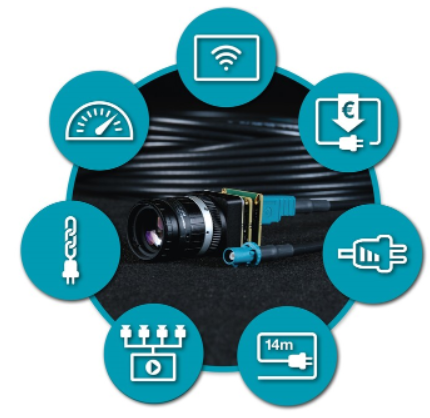